Last edited 1 year ago by Rudra
-3 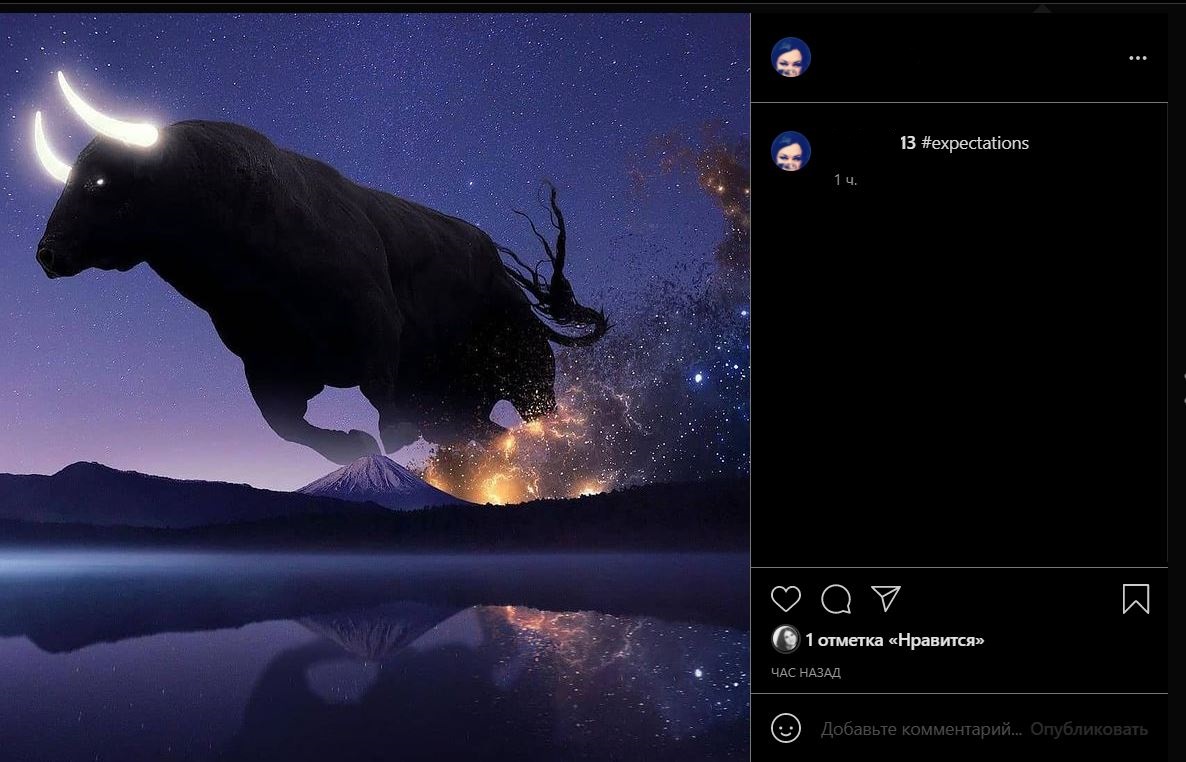 Last edited 1 year ago by atlast
16

Last edited 1 year ago by atlast
12

Last edited 1 year ago by atlast
10

Last edited 1 year ago by Jash
0

Last edited 1 year ago by Misteryo
-2

The Stars of Uttara Bhadrapada Pada 1

Lying over the first half of sidereal Pisces is the Great Square of Pegasus, created by Markab, Scheat, Algenib and Alpheratz (occurring in that order in ecliptical longitude). The principles and qualities embodied by each of these four stars reveal the mysteries (wisdom) of refining self, the psycho-physiological vessel through which soul expresses, to become free from the bounds limiting us from participating in a more fulfilling and purposeful expression in the world. This refinement of self allows us to become able to participate in the world without becoming entrapped by the fear-instilling, dramatic, emotional and psychic forces common to the human collective. These stars impel us to rise from our primordial past into our destined evolutionary fulfillment, to become more through our human experience.

The Great Square of Pegasus.
Scheat (β) of Pegasus enters the ecliptic at ~5° sidereal Pisces, conjoining the “Primordial Origin” of humankind, which is the most northern point along the galactic equator from the ecliptic plane. South of this point is the South Galactic Pole (SGP). Lacerta, the lizard, lies along the galactic equator, just over the Great Square of Pegasus, and is gatekeeper to the Primordial Origin. Lacerta embodies our pure unadulterated primordial essence. Lacerta holds the knowledge of elemental forces that mold consciousness into organic form, awareness that precedes thought itself.

Scheat embodies the essence of early sidereal Pisces. Its conjunction with the South Galactic Pole (SGP) and the Primordial Origin brings emphasis to the fundamental element responsible for the formation of life, water. Scheat also radiates most of its light in the infrared area of light, the area of molecular and chemical resonances, where water shows strong absorption. Scheat brings our attention to our life force and the use of it. Scheat also brings attention to the waters of life and to the purity of our body fluids, especially our “lymph,” which means Flowing Spirit of the Living Waters of Life. Scheat pertains to all waters of the world, but also to body fluids, especially water’s relationship to the purification of the physical vehicle and the body’s requirement for refined life force energies to express through water’s molecular matrix. Scheat also brings attention to our blood, sacred sexual fluids and saliva, as well as to the types of fluids that we bring into our bodies. The purity and movement of the lymph and blood is not only essential for the elimination of toxins, but is also required for the transference of subtle light energies of cosmic intelligence (our soul’s essence) to express through our genetic coding. The more light we express, the truer we express the vibrancy of our souls and the more life giving spirit substance we embody. This is why peoples throughout history have sought “Living Water”—healing springs flowing endlessly from the ground of their own accord, water said to bring immortality. (The word immortality here means not being subject to premature degeneration and death.) Alignments with Scheat impel us to consider what we are doing with our primordial life force, how we are using our Chi, our primal energy. Scheat also asks us to integrate our primordial essence with our spiritual essence—to realize they are one flowing life-giving force.Here we are concerned with the origins of life, the creation of the human form, and the very foundation of life. The South Galactic Pole (SGP), the foundation of our galaxy, resides in Sculptor, the sculptor’s studio, and the Sculptor Group of Galaxies, conjoining Alpha Sculptor and Scheat of northern Pegasus. The SGP, Alpha Sculptor and the Sculptor galaxies articulate the foundation and formation of human life from the primordial waters of life, the molding of clay into human form. Alpha Sculptor impels us to realize that we sculpt our lives from the primordial forces of life and impels us to take the responsibility to do so, lest we will merely thrash around and drown in the tempestuous waters of life.
https://www.lunarplanner.com/Astrology/Nakshatras/ind..
The “Primordial Origin” is the location of Earth’s North Celestial Pole (NCP) in the celestial sphere when Earth’s pole lies at the beginning of Earth’s ~25,000-year precessional cycle. The Primordial Origin enters the ecliptic at 5° sidereal Pisces (the current location of the Vernal Point). I dub this northern location along the galactic plane as the Primordial Origin and the fiducial (starting point) in Earth’s precessional cycle for several reasons. This is the most northern point along the galactic plane and is the ecliptical longitude of the South Galactic Pole (SGP), the very foundation of our galaxy. When Earth’s north pole resides at this location (which occurred 270 degrees ago in the precessional cycle), Earth’s polar axis is most parallel to the galactic plane, submersed in the plane of galactic light. Here Earth’s pole lies at rest in Earth’s Precessional Cycle. From this point onward, the pole begins to lift itself, awakening from its place of rest in unified galactic awareness, in the galactic plane of light, to begin its precessional round and the evolutionary unfoldment of human consciousness. Also at this time, the Vernal Point lies upon the Galactic Equatorial Node (GEN) at 5° sidereal Sagittarius, the Gate of God. This means that the vernal axis and the galactic equatorial axis (the Gate of God at 5° sidereal Sagittarius / Gate of Man at 5° sidereal Gemini) lie synthesized as one, with the precessional cross at rest, yet to unfold.

Now in Earth’s 25,000-year precessional cycle, the vernal point resides at 5° sidereal Pisces, creating the erect Precessional Cross. Thus, the vernal point aligns with the longitude of our Primordial Origin. This reveals our need (the human race) to embrace our humanness, our primal essence, to have respect for the origins of life, and to amalgamate our true primordial nature with the wisdom gained throughout our entire sojourn on Earth—to fully infuse our spiritual soul awareness into the depths of our primal origins—to illumine the very genetic vessel through which soul expresses—to become one unified spiritually awakened spiral of light. The vernal point’s placement here also reveals our need to realize the importance of water and all of life’s fluids—as water is the sacred elixir of life, and it reveals our need to embrace the integral and entwined roles of the masculine and feminine. It impels us to spiritualize matter, which is also articulated by the Jupiter-Saturn amalgam occurring in Uttara Bhadrapada, which is a key aspect to understand about this Nakshatra, and especially its first pada.

Uttara Bhadrapada Pada 1 (Leo ruled by the Sun, a masculine expression) is of prominence, eminence, nobility, royalty, pride, courage, self-reliance, independence, and influential leadership—the essence of the Lion. It inspires self-authority and self-expression with passion for achievement. Without emotional and spiritual maturity, this generally results in seeking authoritarian positions based in dominance over others, or a desire for the glitter and glamour of being seen on the world stage, or for a common person, seeking a similar facade based in self-importance demonstrated by positions gained in society, material accomplishment or material wealth, to step into the limelight, producing a race of rats seeking to climb to the top. Articulating the Pisces-Jupiter / Saturn Nakshatra, this pada, nesting in the stars of the westward swimming fish, also clarifies how dominance imposed by patriarchal lineage actually serves us to claim our personal sovereignty and greater inner wisdom—humanity’s current paradoxical struggle.

Although this pada impels us to become responsible to sculpt the lives we desire and a pursuit for liberation and freedom, which can be mistaken for material accomplishment and success, the ideal of this energetic is about the embodiment of greater wisdom gained through physical experience. This is not about proclaiming spirituality over materiality or denying our primal nature, but by infusing spiritual awareness into carnal self, to illuminate physicality. In this process, it impels us to question how we use our chi, our life force, and for what ultimate purpose.

All of this further clarifies the nature of Uttara Bhadrapada, its first pada, and areas of growth for souls incarnating on Earth at this time in Earth’s Precessional Cycle. Pisces ruled by Jupiter (in the feminine expression), planet of greater wisdom, movement and expansive awareness, amalgamating with Saturn as Uttara Bhadrapada’s ruler, impels us to confront our fears, to take responsibility for our reality, and to concretize and make practical the wisdom we gain through experience in Saturn’s power of limits. It impels us to seek knowledge about deeper or hidden esoteric truths transcendent to societal structures and to claim our sovereignty by awakening to our greater inner wisdom in demonstrable expression.

о проекте монток This is an interesting interview with Al Bielek in 1991 involving Parallel Realities. There was a discussion about a couple of psychics, former intelligence officers , who walked out of the government service and managed to get away with it by moving to another star system, more on that see Montauk Project info : “They (the psychics) said, “We will not do assassination any more because you have other organizations and intelligence groups that can do this much better than we can so we refuse to do it.” But everything else they would still do and that… Read more »

Welcome to the Infinite You Gamma Ray is hitting a Sun causing it to explode! And if you stand up and have a look again at this photo without any light around, you will see a lot of Violet Energy inside the explosion! Since the 1920’s, quantum physicists have been trying to make sense of an uncomfortable and startling possibility—that an infinite number of alternate universes exist. Leading scientists like Stephen Hawking, Michio Kaku and Neil Turok, all of whom are responsible for life-changing breakthroughs in the field of quantum physics, have all suggested the existence of multiple universes. This… Read more »